Parfois. When I first read about it I couldn't pronounce the word. I resorted to typing it out in my phone and showing it to the guard with a meek "Kuya, san po 'to?" ("Where is this?"), only to be gestured to a store around twenty feet away. I swallowed my pride, thanked him, and made my way to the entrance. 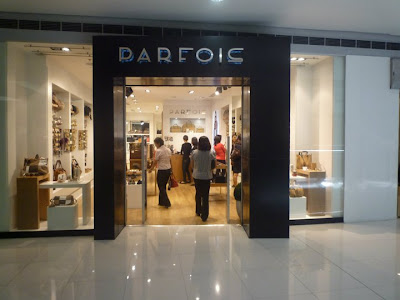 Photo from their Facebook page. Yeah, I forgot to take an outside pic :(

Ready to defend from the sun at a moment's notice! Well, give or take 15-30 minutes to absorb.

Before you freak out at the wastage, this is for a party of six, so they're all bound to get some use. My sister has agreed to adopt a couple of bottles so that I won't be left trying to finish all these before 2013, which is when they expire. I still have a hard time convincing most of the family to use sunblock everyday, even if some of them have gradient upper arms from weekly CAT.

I forgot to include pictures of Leyende Place In The Sun, but I'm not sure if it's water-resistant so I'm not sure either if I'll be bringing it with me. I also planned to bring Neutrogena Ultra Sheer Complete UV Moisture, but my dad stole it when we were going to Bulacan. That is, I showed him all the sunblock in the picture, but he doubted the neon orange packaging of Beach Hut, and went for my personal stash instead. I could only mumble in protest.

These are real dark horses, though. I doubted them at first because I love my Neutrogena (and I've recommended them to friends, hi I know you're reading!), but an initial patch test revealed a light texture that's easily absorbed, if a bit sticky at first. The scent is okay too, not sunblock-y but still reminds me of being at the beach. I like Neutrogena's better, but it's a personal preference.

Has anyone tried these? How well do they work for you? I'll be testing these out over the weekend and I really hope they save my skin, because I don't want have to purchase another, darker foundation. Will keep you posted. :)

I was initially surprised to see that I've written only three entries this month, but then again it really was a busy one, all things considered. I'm working on a few posts to up the count and keep you girls entertained for the next week and a half or so, but in the meantime, you can check what I've been up to elsewhere: 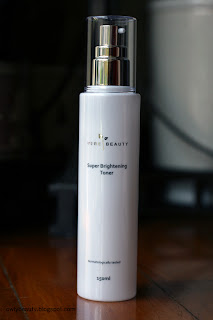 My guest review for the Pure Beauty Super Brightening Toner is up! Check it out on Kira's blog, Elegantly Wasted. Pure Beauty is available exclusively at Watsons, but seeing as they have branches in nearly all SM malls across the country, this isn't a deterrent at all! I passed by today (Gateway branch) and saw that they were giving 10-20% off on certain products, including some from the Pure Beauty brand. I also read some good comments and reviews on the Internet about their relatively cheap eye creams and hair care. This is a brand worth checking out! 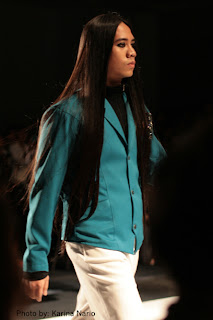 You might be wondering what a picture of a long-haired man with heavy kohl liner is doing on this entry. It's a photo from my first article on the Beauty & Fashion channel at the Philippine Online Chronicles! Thank you so much Liz :D I'm very much happy and grateful for this opportunity, which came just when I was considering a career change. It's a bonus that I get to write more about what I like, and that writing is keeping me on my toes.

Stay tuned for the next ones!
Written by Kari at 6:00 AM 3 comments:

So sorry for the long absence, guys. This was brought to you partly by the shutdown Blogger had a few days ago and partly because I had an incredibly busy week. Will tell you more about the latter in another entry as I have a few things to finish concerning that. ;) For now, I have another a review post for you all.


The weather these days is such a makeup mojo killer. While I still need to do a full face for work, most of the time I just do away with everything and go for powders with less coverage, but at least they don't feel like they're melting on my skin. The sponge that comes with my Skin Food Carrot Pact applies the powder a little too heavily for my liking, so these days I prefer using brushes. Thankfully I already found my brush best friend (BBF? :p) a couple of years ago:

Description: A high-density foundation brush, designed to ensure just the right amount of The Body Shop® Nature's Minerals™ Foundation SPF 25 is captured between the bristles, providing a smooth, even application.

Clinique presents The Doctor Is In!

Hi everyone! Just a quick post to let you know of this awesome event, especially to Northerners like myself (haha). Clinique Trinoma is holding "The Doctor Is In", where they're going to have guest dermatologists on hand at the Clinique counter for skin consultations. The helpful Clinique consultants are also there should you have any questions and concerns about Clinique products.

I can't be there, but my one advice is: Don't be afraid to go. The session I had at the Makati counter was really helpful and not awkward at all, plus I learned a lot! I'm pretty sure the same will happen here, and you even have the advantage of talking to an actual doctor. :) Have fun, and I'll wait for pictures!

My bout with laziness over the Holy Week vacation and beyond has inspired me to write a little more. That and I've been reading all the glossy entries on divasoria. They are worth reading if you love your beauty blogs like me, though I feel like such a voyeur wanting to know what our local personalities and creative minds use in the bathroom and on their faces. :P

Today I share my skincare routine. I suffer from dry-combo skin as a combination of nature & psoriasis so most of my stuff focuses on hydration. I took these pictures with my mom's camera, forgive me for the quality. My everyday lens does not lend itself well to group pictures like these. All together now...

Kari
Philippines
I geek out about makeup, skincare, fashion, and pretty things more than I'd like to admit, so here I am. I love singing, photography, and owls. Say hello at saeko_mizuku at yahoo dot com!